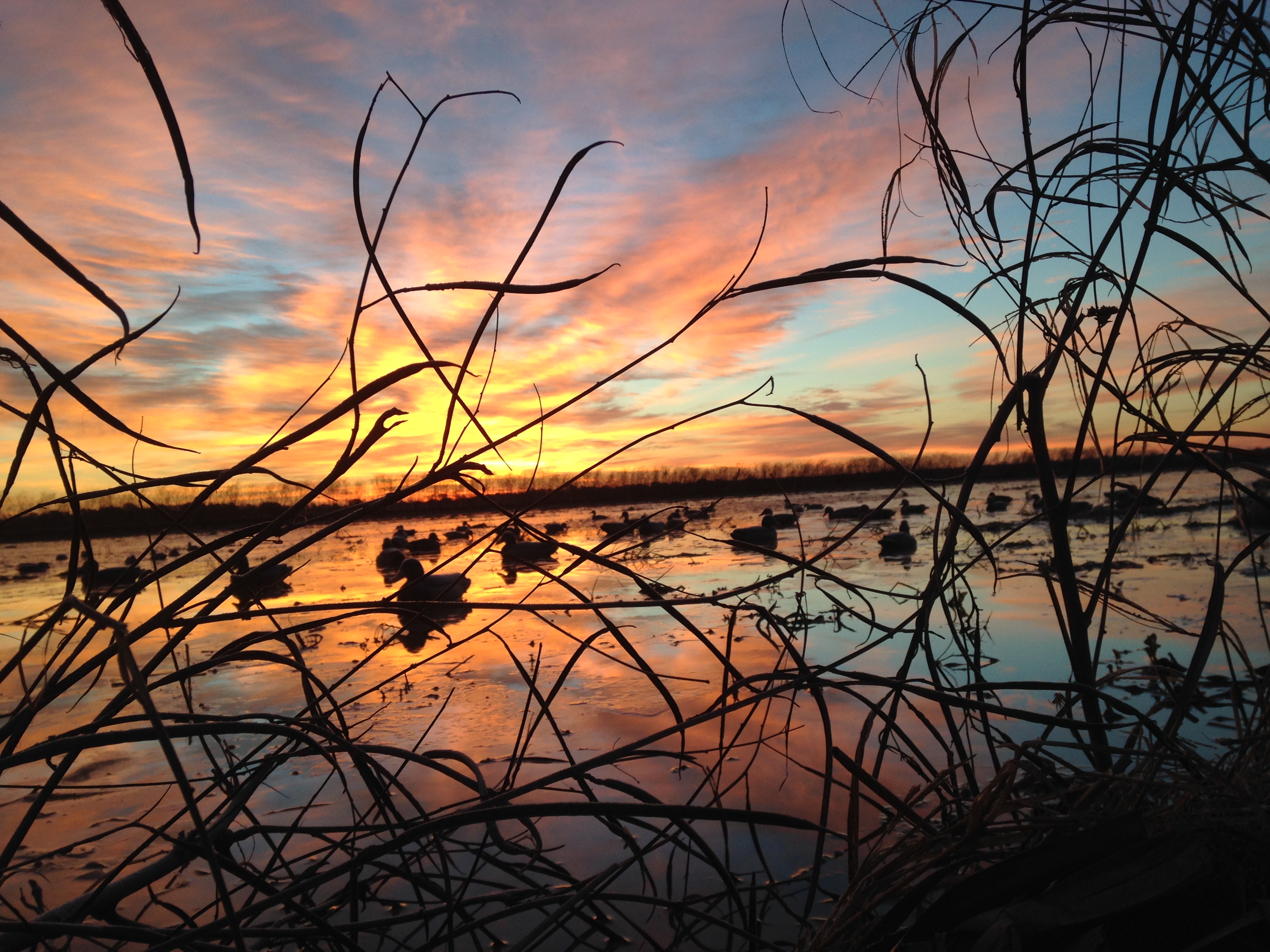 Larry Reynolds and the Louisiana Department of Wildlife and Fisheries Flying Duck Team did their first aerial survey of the 2020-21 season this past week and saw some pretty good numbers of teal in the state. The LDWF does monthly surveys and uses grids across the state to determine how many waterfowl are estimated to be here. Here are the results of the first survey, which is limited to Louisiana’s coastal zone and Catahoula Lake areas. No estimates for northeast Louisiana were reported.

The 202,000 blue-wings estimated from SW LA transects is 45% higher than the most recent 10-year average of 139,000, and nearly all of them were seen in agricultural fields. Marsh habitats in this region were greatly impacted by hurricane Laura with high water, blocked drainages from extensive debris, and vegetation damage from storm surge and salinity. We saw virtually no blue-winged teal and very few waterfowl of any species in the marsh along established transects. However, flocks of blue-wings were seen in a number of rice fields including those southwest of Gueydan, south of Jennings, and the largest concentration just north of the transect line (thus not included in our estimate) west of Crowley. Although there is above-average shallow flooding in the agricultural region, outside of the marsh, we did not see extensive flooding. One potential positive from storm impacts in SW LA was the noticeable absence of invasive aquatics in the marsh described in past reports south of White Lake, west of Hwy 27, north of Rockefeller Refuge, and in the intermediate marsh north of Grand Chenier. Wind, storm surge, and flooding with saltwater appear to have nearly greatly reduced water hyacinth and giant salvinia in those areas to the point that we saw virtually none from the air.

The 16,000 blue-wings estimated from SE LA transects is 33% higher than the most recent 10-year average of 12,000. Blue-winged teal were only counted on 3 of the 10 transects, and there were no big concentrations seen in this survey area. The largest numbers were seen in the marsh east of Venice. The habitat across SE LA appeared only slightly impacted by the storm with about average submerged aquatic vegetation cover in most areas. Habitat near the mouth of the Mississippi River looks improved over last year with notable submerged aquatic vegetation, larger stands of delta duck potato, and expanses of southern wild rice despite some evidence of mild vegetation damage from elevated water levels and salinity. Unfortunately, increased cover of water hyacinth reported last year in the upper Terrebonne marshes, Caernarvon freshwater diversion and other SE LA habitats remains.

The 18,000 blue-wings counted at Catahoula Lake is 3.6 times last year’s count of 5,000, and is over twice the most recent 10-year average of 8,400. The biggest concentrations were seen on the east side of the lake south of the Diversion canal and then north of French Fork in the shallow-flooded vegetation. Water level was about 27.2 feet MSL at the time of the survey, and habitat for teal was very good. Indeed, overall habitat conditions on the lakebed appeared very good if the water levels can be maintained.

Lastly, the mottled duck estimate of 31,000 is over twice last year’s estimate of 15,000 and 19% above the most recent 10-year average. It is the highest September estimate since 2010 when 49,000 were estimated in coastal Louisiana. Interestingly in SW LA, 77% of mottled ducks were counted in agricultural habitats and in fewer, larger groups than typically encountered on this survey. In SE LA, 91% of total mottled ducks in that survey region were seen on the easternmost transect through the marshes south and east of Venice.” 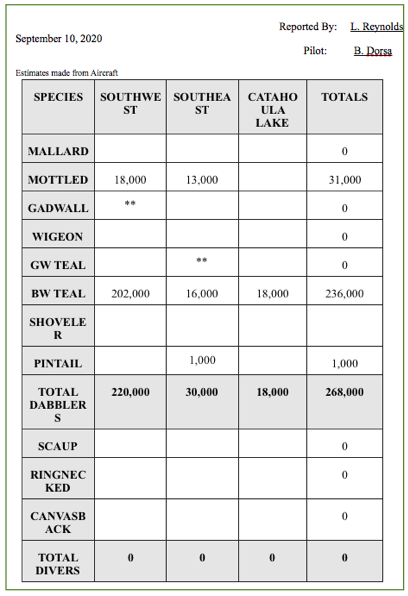