Day 56: Duck numbers are way down 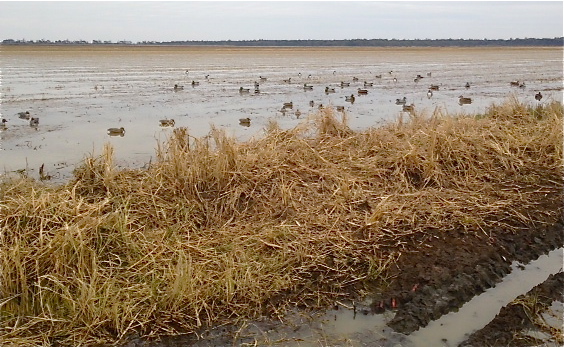 Duck hunting has definitely slowed down and things don’t look too promising the next couple of days. But there will be somebody somewhere who finds them. If you don’t go, it can’t be you. We didn’t have much luck the past few days and from the January aerial survey taken earlier this week by the LDWF, it’s easy to figure out why.

Here is some of the information from the aerial duck survey in Louisiana this week.

The 2.30 million ducks on this survey is 11% lower than the 2.57 million estimated in December, and 22% below the long-term January average of 2.96 million. In the last 6 years, the January estimate has been essentially the same or lower than in December, and this is the 3rd time during that period it has been at least 10% lower.

At Catahoula Lake, few dabbling ducks and a decline in ring-necked ducks (54,000 to 15,000) accounted for the estimate of 76,000 on this survey compared to 149,000 in December. Only 10,000 ducks were counted on the Northwest Louisiana survey, primarily on the locks, lakes, oxbows, and fields along the Red River and Upper Toledo Bend reservoir. That is 25% fewer than in December and 36% below the most recent 10-year average on this survey.

The December survey in this area wasn’t completed, but in November, concentrations of ducks in the ag fields in Bonita/Mer Rouge and around Grand Cote NWR accounted for 83% of the survey total, but were not evident on this survey. Geese were more dispersed across the surveyed areas than in November, with the largest concentrations in ag fields of Bonita/Mer Rouge, Saline Farms, near Grand Cote NWR, and east of Russell Sage WMA. Habitat in agricultural fields appeared similar to the partial survey flown in December, but backwater flooding has increased with rising water levels in the major river systems.